Congratulations to all winners and nominees @ LMCTV's Award Night

LMC Media Center
"What are you really seeing?" Did you know cartoonist Scott McCloud is the inspiration behind our animation for "The Lines Between Us"? Our anti-racism series, made in collaboration with CURE and the Community Resource Center, is centered around sharing anonymous stories of everyday racism in both this and other communities. We hope these episodes help shed light on the importance of talking about race and learning to become an active ally against hateful speech. Newest episode is out now: https://www.youtube.com/watch?v=jDis63JCDIQ&list=PLCk1ZZtTMqCLJBU9_Q6BxNZxwYJV24KPU&index=7

LMC Media Center
Under our volunteer program, #MediaMakers, MHS students are running their very own news show, The Local Weekly Roundup! Super proud of these Mamaroneck Public Schools students for taking the initiative and dipping their toes into digital media and journalism. Catch this week's episode here: https://www.youtube.com/watch?v=1ln13fjteb0

MHS Students, produce the "Local Weekly Round Up" with a highlight of news in the communities of Larchmont and Mamaroneck, and Mamaroneck High School. This ...
View on Facebook

LMC Media Center
Mamaroneck residents can breathe a little easier, as Senator Chuck Schumer has confirmed that the Mamaroneck and Sheldrake River Flood Risk Management Project has been fully funded after years of delays and shutdowns. $88 million will be used to help widen and deepen rivers, as well improve other infrastructure desperately needed after Hurricane Ida. https://www.lohud.com/story/news/2022/01/20/federal-funding-okd-help-solve-mamaroneck-flooding-schumer-says/6580983001/?fbclid=IwAR1_pFwDt19hKRcJoK6Bf7BT_qWRMDK5qRDSkTHkKpwWycHAzGmnxxlVO04

Are we feeling optimistic that this will be enough for the next big storm? Let us know your thoughts!

The project has been talked about since 2007, but appears to finally be reality for Village of Mamaroneck residents.
View on Facebook

LMC Media Center
"LMC gave me the opportunity to develop my skillset at a young age. Without LMC, I would not have been able to evolve into the Emmy-award winning anchor/reporter I am today."

When our past volunteers, interns and employees win, we win too! Super proud of Anthony Carlo, who won his first NY Emmy for a news feature at News 12 The Bronx. Keep up the great work!

Ellen Silver, Chair of the Committee for the Environment in the Village of Mamaroneck, speaks about the Village receiving $10,000 in grants through two ener...
View on Facebook

LMC Media Center
Dr. Martin Luther King Jr. dedicated his life to confronting racism and class inequality. It is up to us to continue his work through not only service, but also with peaceful and direct action. Our "Lines Between Us" collaboration with the Community Resource Center and CURE aims to highlight the experiences of marginalized communities, and to start the conversation on how we can be better allies to those in our community affected by discrimination. For full episodes of the series, click here https://www.youtube.com/watch?v=eWPxpWJiNIs #MLKDay #community 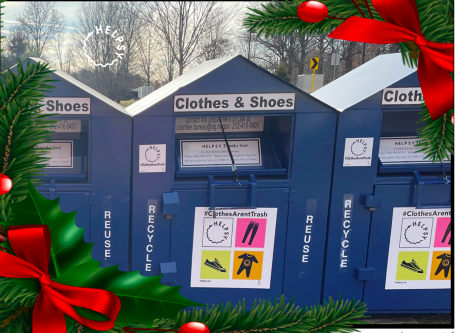 LMC Media ·
@LMCMediaCenter
This weekend will be chilly, so stay warm & safe! Here are some tips from the @NFPA:
-Don't use the oven to heat your home
-Turn portable heaters off when you leave a room/are going to bed
-Test smoke alarms once a month
-Keep flammable stuff at least 3 ft away from heaters
View on Twitter
0
0

LMC Media ·
@LMCMediaCenter
Bring a little more peace to your life this weekend with Saturday afternoon yoga- right at the comfort of your home 👩‍💻 https://t.co/lRGEZOHwuG #Larchmont #yoga @WestLibSys
View on Twitter
0
0

LMC Media ·
@LMCMediaCenter
"What are you really seeing?" Our inspo for "Lines Between Us" anti-racist series is cartoonist @scottmccloud! Watch the newest episode of our collaborative series with @CommResCenterNY here: https://t.co/LotCDtSHJv https://t.co/ZuKa6bjrxG
View on Twitter
0
0